There’s really nothing quite like using the Intertubes to find new and exciting ways to waste time. One of the guys at a message board (such a 1997 waste of time) I frequent posted this very funny meme for generating a band, album, and album cover:

1) The name of your band is the first article title on the Wikipedia Random Articles Page.

2) The title of the album is the last four words of the last quotation on the Random Quotations page.

3) The album cover is the third picture in Flickr’s Interesting Photos from the Last Seven Days.

Here are three I made. I’m really surprised at how believable the first and third are: 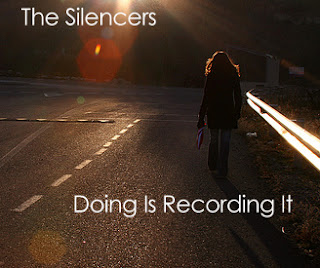 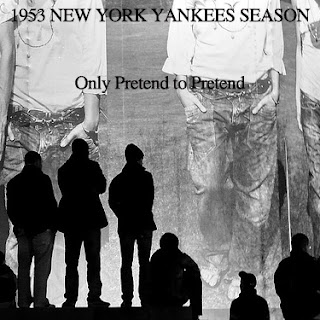 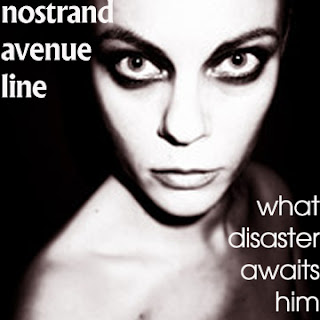 Just like you can write a song about anything, you can name a band or album after anything. Give it a shot, it's really fun. On to the tunes.

1) “A Dangerous Woman Up to a Point,” Destroyer. Perhaps a veiled Hillary Clinton reference? I kid, I kid. An odd but enjoyable song, with a kind of loungy soft rock feel with sing-speak lyrics. So, really, the opposite of Hillary Clinton.

2) “Muswell Hillbillies,” The Kinks. Classic. Since the song mentions the state, I will relate this true Brando fact: I am descended from hillbillies. The German namesake side of my family settled in West Virginia back before it even become West Virginia. It’s kind of like saying you came over on the Mayflower, except the Mayflower is on block pontoons and running a wind-generated moonshine still. My humble heritage would also be one of those annoying sound bites I would beat into the ground if I were running for president, the line I would use to show that I'm the kind of candidate you could have a glass of dangerous illegal alcohol with. When the elites who came over in the Mayflower try and put the working people of America down, I take pride in the words, “Ich bin ein West Virginia hillbilly.”

3) “Hey Fuck You,” Beastie Boys. I think if Mitt Romney adopted this as his campaign song, he’d be doing much better.

4) “Three Hours,” Nick Drake. After you’ve gotten all the “Hey Fuck You” out of your system, it’s easy to be Nick Drake for three hours.

5) “Faster Gun,” The Wrens. I have said it before but it bears repeating: if you like jangly guitar-based rock music, you really should own The Meadowlands. This track has a Pixie-ish beat with cryptic lyrics that are hard to hear, yet come at you with the mysterious attraction of a coded message from Little Orphan Annie (minus the commercial for Ovaltine part.)

6) “Teeth in the Grass,” Iron & Wine. A slithery folk song that’s like a snake in the grass. What The Wrens are to indie rock, Iron & Wine are to indie folk. I love the way he sings so softly, you have to practically lean into your speakers.

7) “Hard to Explain,” The Strokes. It’s hard to explain how the drumbeat in this song is made by a human and not a machine.

8) “Waitress in the Sky,” The Replacements. A not exactly NOW-friendly rant against airline attendants, from a group who I’m sure were absolutely nightmare passengers. I’m sure the attendant version would be “Talented Assholes in Row 12.”

9) “Brothers Gonna Work It Out,” Public Enemy. Still impressive how revolutionary this sounds. The mixture of eloquence and anger, the steady beat mixed with the chaotic samples floating in the background, and the perfect balance between Chuck D’s calls to action and Flava Flav’s chiming that lightens up the mood just a bit.

10) “Out Ta Get Me,” Guns N Roses. Still impressive how dangerous this sounds. It’s not easy staying edgy in a culture where you can’t even get a callback for the cast of Lost unless you have a police record. But this song works for the same reason Johnny Cash still works: it’s lived in, with a delivery that says I’m not fucking kidding, I’ve lived this. However, not dangerous: Axl's kicks in the video I linked to.

11) “La Villa Stangiato,” Rush. My favorite rock instrumental of all time. Ten minutes of time changes, bloopy synths, and a guitar solo that starts off quiet like it’s invited you in for tea before it melts your face off. In other words, full of all the things that made it difficult to get girls to like me. But I’m married now, so I get to play this and still have sex! And if I was running for office, that’s why I would explain we have to let gay people marry, because homosexuals deserve the right to torture their spouses with music they hate and still have conjugal relations. Ich bin ein Master Debater!

Have an awesome weekend.
Posted by Brando at 10:22 AM

I’m sure the attendant version would be “Talented Assholes in Row 12.”

I think the attendant version would be, "Hey Fuck You".

Mitt Romney totally needs that as his theme song. Just think of all those mormies hearing that song and then singing along?

Ten minutes of time changes, bloopy synths, and a guitar solo that starts off quiet like it’s invited you in for tea before it melts your face off.

HEAVEN. let's listen to it again

I love that Wrens album. I saw them live, knew nothing about them, and fell head over heels. Total pros. Dudes need to quit their day jobs and get back to real work.

I also love the band name/album generator. On my first try I got E.B.E. and the album is called Same Lack of Manhood. Here's the cover. Brilliant.

LOL, Jennifer, that's much better than what I wrote.

AG, they'd be more riled up than if they each had a pot of coffee.

BP, I know. Love it. The live versions are actually better than the studio one, Lifeson lets loose a little more.

Trevor, that is an awesome generated one. And I know about The Wrens -- I hope they don't take seven years for the next album. I would love to see them live but we only get former hair metal band lead singers up here.

are you sure that third isnt real!
8-)

Album Title: Us Are Desperately Unrehearsed

We were just listening to the Beastie Boys at the Dublin last night. Their music was kind of wonderfully out of place there.

I LOVE that meme. Love it. It' snow my permanent cheer-up meme.

The cover is a little bit out, but it's not the worst I've seen.

Dammit, I'm so using that to name my band.

Band: Films for Radio (beauty!!)
Title: How beautiful you are
Cover: http://www.flickr.com/photos/scintillediluce/2181389400/

More riled up with a pot of coffee? Please. How about we dose them once and fer all. Just imagine Mitt standing up at a speech and being all,

"Woa. The lights are far out man. What is that talking mushroom doing over there. Mommy? Mommy, can you see me..."

You had me until Rush.

That is actually the best meme ever. I'm impressed:

The name and album work, but the art is too weird for the concept.