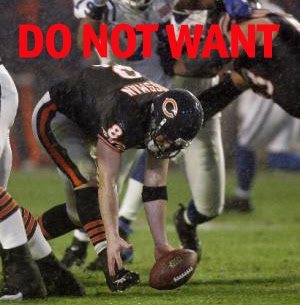 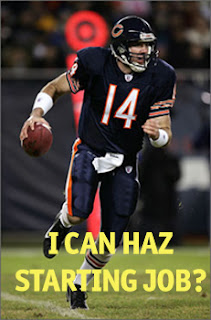 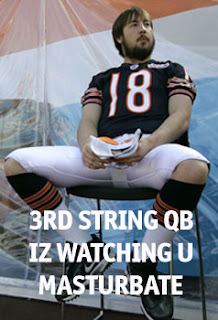 Unfair. Grossman's pass to that linesman's head was nearly complete!

Bring on the Lions. Sunday's game should allow you to do a victory two-step for your UP neighbors, Brando.

my super bowl ring. Let me show u it?

I think it might be time to bring out the Super Bowl Shuffle video again. Just to remind everyone that they CAN win.

I will officially be in hell if they lose to Detroit. Plus my fantasy football season is going about as well as the Iraq occupation right now. Right now, the illusion of a Cubs playoff run is keeping my hopes up.

Can we blog about something AG understands?

You wish has been granted, AG.

Plus my fantasy football season is going about as well as the Iraq occupation right now.